I am not young, but I hope I am not too old either – just somewhere between forty and fifty. My childhood was my first learning experience. I know what it is like to live through a bit of difficult childhood in a family where one never receives praise and punishment is a formative method of choice. 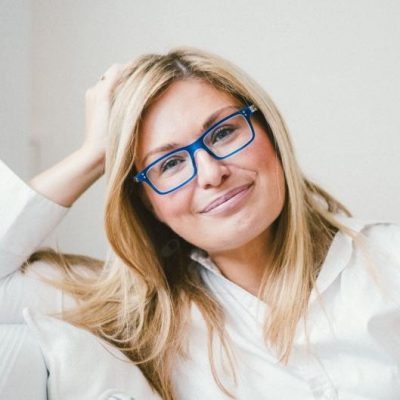 Maybe this was why I left Europe – at 21 years of age and with a certificate of state examination in English in hand – and went overseas as an au-pair. Choosing a family where you help with the children is often a bit of a lottery. But for the first time in my life, I won. The lady I was helping was a psychologist and was very interested in design. This inspired me to study!

The best thing about Canadian universities is that aside from your major, they let you study other subjects you are interested in. In my case, these two were design and psychology. I graduated two plus years later and became an interior designer. Unlike the studies, to legalize love in Canada is difficult for foreigners. If you want to stay in the country indefinitely and not be single, you may marry and then return from the country of origin within mere six months. Then, and only then, you can embrace love in the freezing Canadian climate legally. I don’t like to wait needlessly. We had an agreement and I left. In those old times there was no internet or Skype and I wanted to nurture love through telephone and letters. It wasn’t hard, alas it only worked for a short time. Then he found someone else.

It was hard, but I did not join a convent because of it. After a period of grief, the sun rose again. I met my first husband. We married and had a son. I prolonged my maternity leave – giving private English lessons was just right for me at the time. Shortly after the maternity leave, I was recruited by IKEA on a position of Communication and Interior Design Manager. I was so proud of myself. Unfortunately, every winning streak can end. Mr. Right stopped being so right and the feeling was mutual. We got a divorce. Later, when I had already been with the Swedish company for seven years, I was offered a transfer to continue on the position in the United States.

You don’t want to live your life alone at home and it is true overseas even more. I have my experience with that. I married my then long-time boyfriend and we came to the US as a “supplemented” family, if you will. I, he and my 11-year-old son. We were happy, but the lyrics of Jiří Suchý’s song again come to mind: When you’re happy, sadness awaits. Three years later, happiness came: we were expecting twins. But then sadness struck: the pregnancy didn’t continue well. The end was unavoidable and among other things it led to our feeling that we should leave Boston and change the environment completely. So we returned back home.

Balzac told us about the Woman of Thirty But a woman of forty is the one I will praise:
Her warm summer beauty beckons to you Yet her autumn eyes’ gaze is crisp.
She cares not for dandies She is not looking for an easy success in sex-appeal
She has known the taste of bitter fruit. Her feelings for you’ll be strong and ripe.
Her mind is sharp as naked steel and she needs not ponder long.Her instinct is that of a she-wolf: nothing will ever catch her off-guard.
— Ilja Selvinskij „Femme de Quarante Ans“

Finally, there was time to pursue dreams I had when I was young. I started my bachelor studies in psychology at the Masaryk University, where I stayed for two years. My fellow students, 20 years younger than I, were often going for Erasmus abroad. I found a place at the British school, The Open University. My study credits were transferred and I later completed my Bachelor of Science degree there. I decided to continue my psychology studies in English. I was accepted for studies of Clinical Counseling Psychology at LaSalle University in Philadelphia, where I got my Master’s degree. A year later, my degree was recognized and validated by Masaryk University. I divide my working time between my counseling practice and applied psychology in the business sphere.

Užíváme cookies, abychom vám zajistili co možná nejsnadnější použití našich webových stránek. Procházením webu s použitím souhlasíte. / We use cookies to ensure you get the best experience on our website. By browsing the site you agree to use it.OK